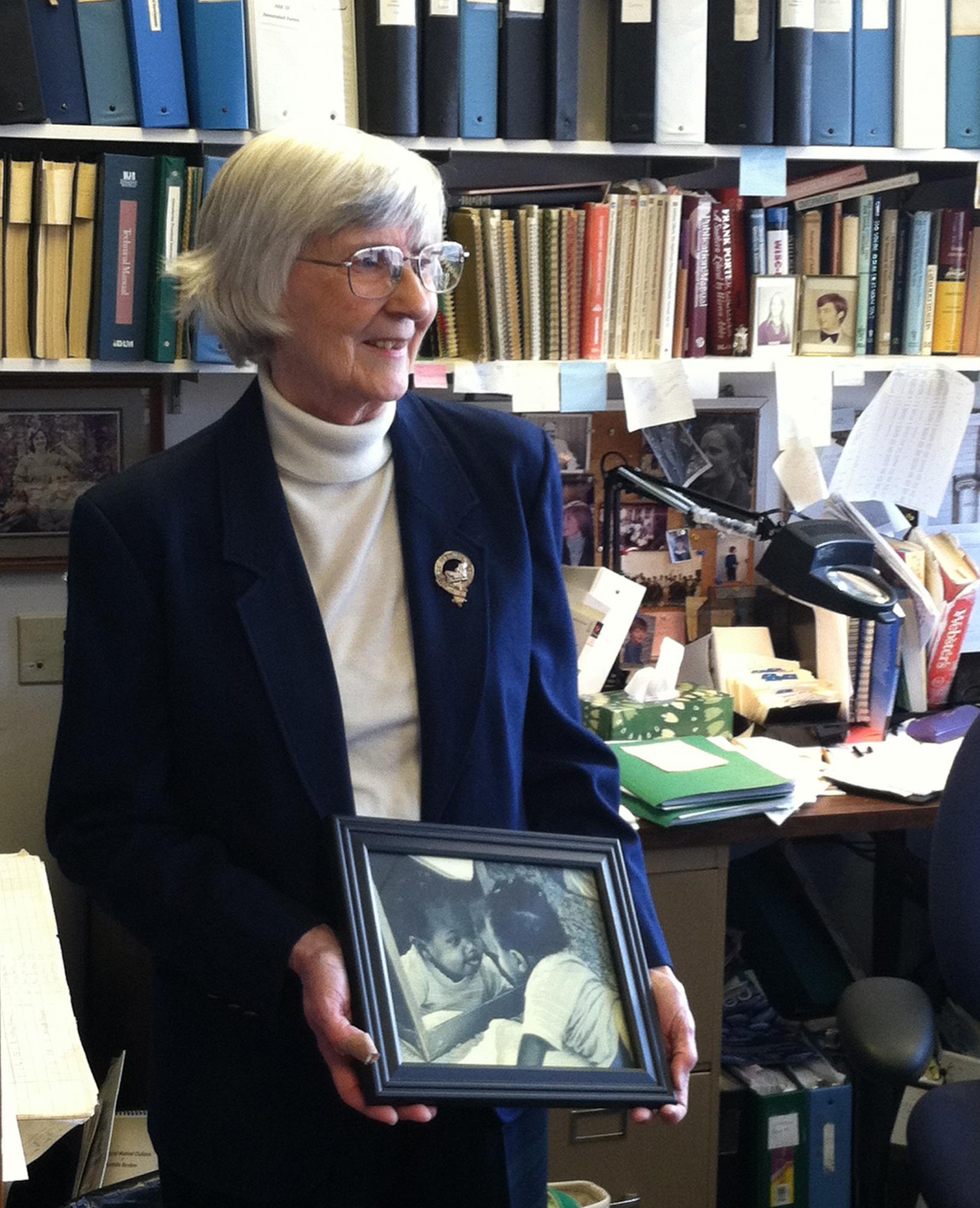 The Abecedarian Project, one of the world’s oldest and most oft-cited early childhood education programs, marks its 42nd anniversary this year with a groundbreaking study from FPG researchers and Nobel laureate James J. Heckman—as well as several new international initiatives that showcase adaptations of the curriculum the project first developed four decades ago.

Since its inception, the Abecedarian Project has become synonymous with positive, long-term effects of high-quality early care and education, particularly with regard to the power of early intervention to surmount some of the disadvantages of poverty. Children raised in low-income families typically have poorer academic achievement outcomes on average than other children and are much less likely to attend college. In addition, they are more likely to become teen parents, more likely to smoke, and more likely to be unemployed—and they also may face other adverse outcomes. Not only do these outcomes contribute toward unmet personal potential, but they become expensive to taxpayers.

The Design and the Innovative Curriculum

The Abecedarian Project represented a revolutionary approach in early childhood education. It differed from other childhood intervention projects because it began in early infancy and exposed children to a high-quality child care setting for five years—the entire period from birth through school entry—instead of the shorter durations typical of other projects.

Before handing the reins to current principal investigator Frances A. Campbell (left), Craig Ramey was the PI of the original study, a randomized trial to examine the extent to which intensive early childhood education could overcome the odds of developmental delays and academic failure for children born into low-income families. Following an experimental design, researchers recruited 111 at-risk children from families in Orange County, North Carolina. Although ethnicity was not a selection criteria, most children were African American and born between 1972 and 1977.

In creating the program, researchers designed their activities as playful back-and-forth exchanges between adult and child. “I had picked up on the game idea and decided it was a good way to make an educational program,” said FPG senior scientist emeritus Joseph Sparling. Sparling originally helped plan and administer the Abecedarian program, and with the curriculum’s co-creator Isabelle Lewis, he considered the milestones of child development, the findings of developmental research, and especially the developmental concepts of psychologist Lev Vygotsky.

“We also tried to make the games fun,” said Sparling (right), “so that the adults would keep using them.”

Sometimes the games integrated traditional activities, such as peeka-boo. Each child had an individualized prescription of games, and as children aged their activities became more conceptual and skill-based. Although the games focused on social, emotional, cognitive, and physical areas of development, they gave particular emphasis to language.

“We told the teachers that every game is a language game,” says Sparling. “Even if the activity focused mostly on motor skills, the teachers still needed to talk to the children and to elicit age-appropriate language from them.”

But could this approach actually work?

Not only did project researchers back the program with rigorous science, they also followed the participating children well into adulthood, assessing them at age 5, 8, 12, 15, 21, and 30, as well as in their mid-30s for the latest study. Through age 15, I.Q. scores for the children who received the birth-to-age-5 Abecedarian intervention were higher than those of the randomly assigned control group. The Abecedarian children also scored higher on achievement tests in math and reading during their elementary and secondary school years. In addition, they had lower levels of grade retention and fewer placements in special education classes.

Campbell, who has been with the project from the start, took over for Ramey as principal investigator midway through the age 15 follow-up study and since then has served as principal investigator. At age 21, the treated group had maintained statistically significant advantages both in intellectual test performance and in scores on academic tests of reading and mathematics, and the treated group also had attained more years of education. In addition, recipients of the Abecedarian curriculum were more likely to attend a 4-year college or university, more likely either to be in school or to have a skilled job, or both. They also were less likely to be teen parents, less likely to smoke marijuana, and less likely to report depressive symptoms, when compared to individuals in the control group.

At age 30, the treated group was more likely to hold a bachelor’s degree, hold a job, and delay parenthood, among other positive differences from their peers. Age 35 brought blockbuster findings about health (more on this below).

The Abecedarian Project also brought unmistakable advantages for the teenage mothers with children in the study. By the time their children were 4½ years old, these mothers were more likely to have finished high school and undergone post-secondary training, more likely to be self-supporting, and less likely to have more children. Additional training, employment experience, and education led to increased earnings and decreased reliance on social assistance, all of which were important factors when independent economists calculated cost-benefit ratios for the project.

The economic benefit was clear. For every dollar spent on the program, taxpayers saved $2.50 as a result of higher incomes, less need for educational and government services, and reduced health care costs. In short, the project has demonstrated that high-quality, enriched early education environments can help children surmount some of the disadvantages of poverty. Not only can the effects be far-reaching as children progress through adulthood, but the longterm savings to society also can be considerable.

And this Spring’s new findings suggest those benefits both to people who receive high-quality education and care and to society at large may be even more comprehensive than research previously has shown. With substantial implications for health care and prevention policy around the globe, the project’s new study in Science reports that children who received high-quality early care and education from birth until age 5 enjoy better physical health in their mid-30s than peers who did not attend the childcare-based program.

The findings are the result of FPG’s collaboration with scientists from University College London and the University of Chicago, where Nobel Prize winner James J. Heckman spearheaded an intricate statistical analysis of data from the project. Not only did FPG and Heckman’s team determine that people who had received high-quality early care and education in the 1970s through the project are healthier now—significant measures also indicate better health lies ahead for them.

“To our knowledge, this is the first time that actual biomarkers, as opposed to self reports of illnesses, have been compared for adult individuals who took part in a randomized study of early childhood education,” said Campbell. “We analyzed actual blood samples, and a physician conducted examinations on all the participants, without knowing which people were in the control group.” 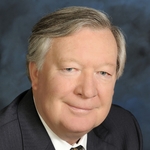 “This study breaks new ground in demonstrating the emergence of the relationship between education and health,” said Craig Ramey (left). The original PI now serves as a professor of pediatrics and a distinguished research scholar at the Virginia Tech Carilion Research Institute. “It broadens our understanding of the power of high-quality early experience to change lives for the better.”

The new study determined that people who received early care with the Abecedarian program have lower rates of prehypertension in their mid-30s than those in the control group. They also have a significantly lower risk of experiencing total coronary heart disease (CHD)—defined as both stable and unstable angina, myocardial infarction, or CHD death—within the next 10 years.

Compared to the control group, males treated in the Abecedarian program have lower incidences of hypertension in their mid-30s. In addition, treated men less frequently exhibit combinations of both obesity and hypertension, and none exhibited the cluster of conditions known as “metabolic syndrome,” which is associated with greater risk of heart disease, stroke, and diabetes.

“It is of particular significance that an early educational intervention produced long-term health effects,” said Sparling. He and colleagues are now applying new versions of the curriculum in several countries.

At the University of Melbourne, Sparling is implementing the first year of a 3-year longitudinal study using an adaptation of FPG’s Abecedarian Approach in two remote Aboriginal towns in Australia’s Northern Territory. For this project a new edition of LearningGames® has been published, which includes cultural adaptations and all new photographs of indigenous families and children.

In addition, Sparling consults on a study of the Abecedarian Approach in an urban child care center in Winnipeg, Manitoba, where the enrolled children are from First Nations or recent immigrant families. Also in Manitoba, Red River College is hosting a web-based professional development resource for the Abecedarian Approach, for which Sparling is providing guidance. Further east, he has consulted with a community college (Cégep de Saint-Jérôme), north of Montreal, on the training of family child care providers and other early childhood professionals. Learning-Games® was published in French as Jeux d’enfants, and during the last three years several thousand early childhood workers have been trained in a 12-hour course.

On the other side of the world, he also has trained pediatricians and other health professionals to implement the Abecedarian Approach as part of the parent education and support program offered in China’s Maternal and Child Health Hospitals.

Campbell is internationally recognized for her work, too, and over the years she has visited Australia, China, South Africa, and Ireland to deliver presentations and exchange ideas about the project. The FPG senior scientist said many factors might have contributed to the sustained and substantial health benefits now seen for study participants in their mid-thirties: more intensive pediatric monitoring, improved nutrition, a predictable and less stressful early childcare experience, and improved adult education. Even without pinpointing a single mechanism responsible for improved adult health, scientists involved in the Abecedarian effort agree that early childhood interventions are an encouraging avenue of health policy to explore.

“Good health is the bedrock upon which other lifetime accomplishments rest, and without it, other gains are compromised,” said Campbell. “Investing in early childhood programs has been shown to pay off in ways we did not anticipate forty years ago when the Abecedarian study was founded.”

This story is from the new issue of Early Developments.