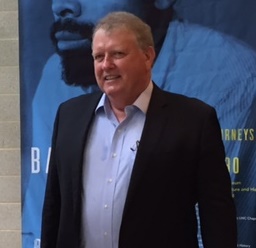 FPG’s research and resources on parenting

Sanders, director of the Parenting and Family Support Centre at the University of Queensland, spoke at an FPG event recently about the archetypal dilemmas facing parents that have helped make his Triple P approach so appealing to seven million families worldwide.

“A three-year-old throwing a temper tantrum in a public place looks very similar in Tokyo, in Sydney, in Britain, wherever you like,” said Sanders (right). “There's something about that social behavior in public, when the parent is present, that is almost universally experienced as embarassment.”

Arguably the world’s toughest responsibility, parenting can be a series of tricky navigations, and, according to Sanders, parenting also comes with extremely high stakes. He cited Nobel laureate James Heckman’s analysis that parenting plays an even greater role in children’s lives than their socioeconomic status.

“We must destigmatize preparation for parenting,” Sanders said. “We want to give parents tools to accomplish outcomes they value.”

At the heart of Triple P is a set of practices based upon hundreds of peer-reviewed research articles. The program’s central tenets include creating a safe and interesting environment, having a positive learning climate, using assertive discipline, having realistic expectations, and taking care of oneself as a parent.

Sanders said over 90,000 practitioners in more than 25 countries have helped deliver Triple P’s multi-tiered program, which is available at varying levels of intensity, depending on family needs. Regardless of whether parents are looking for a few easy tips to avoid naptime strife or for a more comprehensive solution for major meltdowns and more troublesome child behaviors, a guiding philosophy of Triple P is to offer the minimum support necessary for success.

“Just enough for parents to get on with it,” said Sanders, adding that family schedules and other factors make it too difficult for mothers and fathers to commit to extensive and repeated interventions. “Flexible delivery of the program is essential for parents.”

Sanders founded Triple P over 35 years ago, and part of the program’s growing international appeal is its commitment to adapting to the needs of individual locales and cultures. “The best evidence-based programs incorporate responsiveness while adhering to core elements,” he said.

According to Sanders, Triple P developers encourage emotional ownership of the program on local levels, which has involved their fundamental respect for the diverse needs and strengths of communities.

The results from numerous studies of Triple P indicate its effectiveness across cultures and on several fronts—not least of which is economic. Analysis of the return on investment in Triple P has found that each dollar spent on the program saves five.

Perhaps more remarkably, because parents gain information, new strategies, and even a sense of relief from the program, they share ideas and techniques with each other. One study of an Irish county where people were participating in Triple P found that 70% of the parents in the community who were not participating had received advice and tips from families in the program.

Triple P currently is developing a version of the program for parenting infants. For Sanders, supporting parenting is a vital public health initiative.

“Our goal is for preparation for parenting to become the social norm.”

FPG’s research and resources on parenting