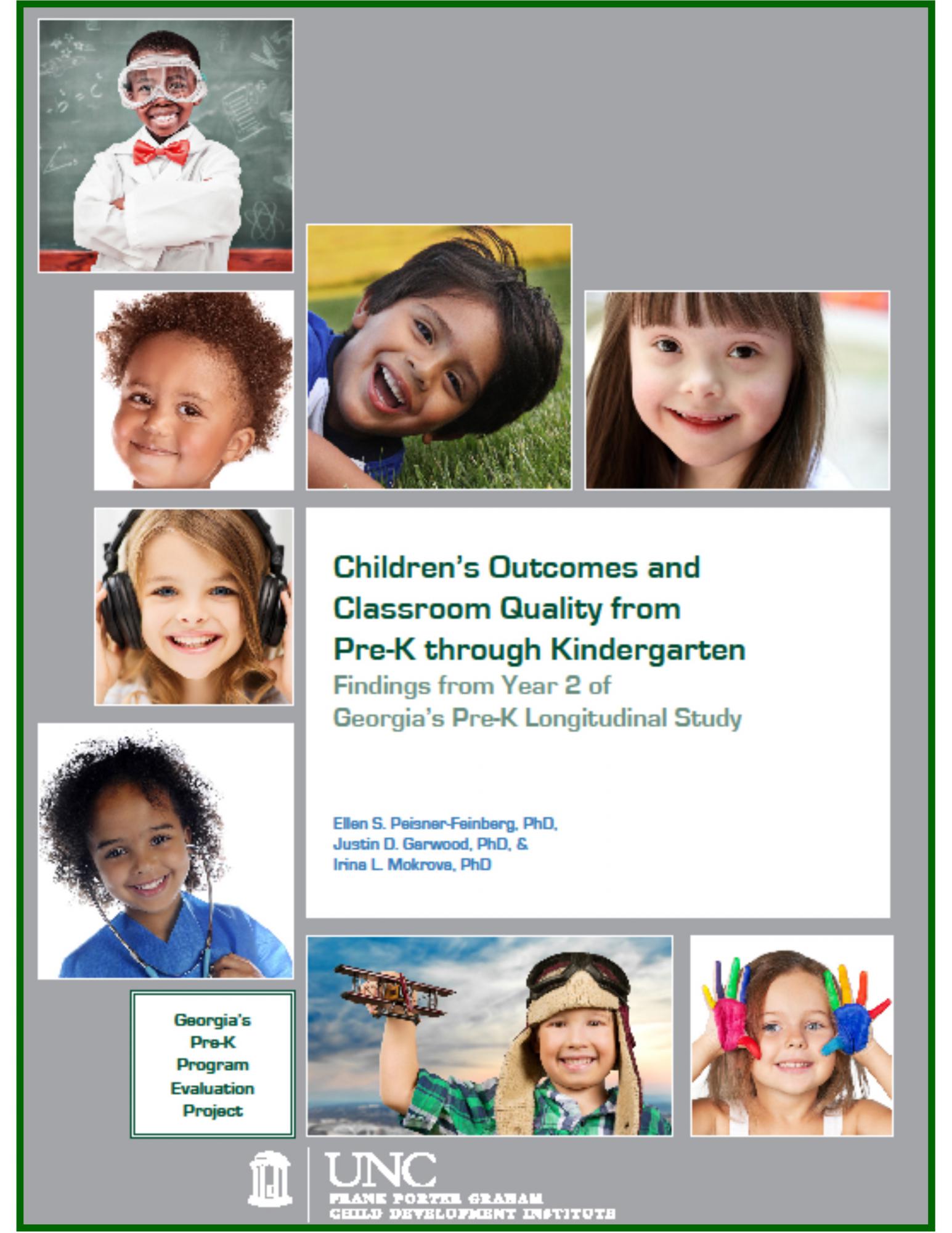 Governor Nathan Deal today announced that recent research confirms that students in Georgia’s Pre-K Program continue to exhibit positive outcomes through the end of kindergarten across all domains of learning. The research is part of a multi-year evaluation by the Frank Porter Graham Child Development Institute at the University of North Carolina-Chapel Hill.

“I am not at all surprised by the findings of this recent study indicating that the benefits from Georgia’s highly ranked Pre-K program are maintained through Kindergarten,” said Deal. “Continually building a strong foundation for children’s growth and development has been one of my priorities since the day I took office. The foundational skills Georgia’s youngest students acquire in Pre-K and Kindergarten put them on track to read at grade level by the third grade, a significant predictor of future academic success.”

This most recent study is part of a multi-year, comprehensive evaluation commissioned in 2011-2012 by Bright from the Start: Georgia Department of Early Care and Learning (DECAL) at the request of the Georgia General Assembly. This study began with a sample of 1,169 children who participated in Georgia’s Pre-K Program during the 2013-2014 school year and will follow them through their third grade year in 2017-2018.

“This longitudinal research offers an important opportunity to follow a sample of over 1,100 children who attended Georgia’s Pre-K Program through third grade,” said Dr. Ellen Peisner-Feinberg, principal investigator with the Frank Porter Graham Child Development Institute. “One important distinction of this research is that classroom quality in both pre-k and kindergarten were taken into account as potential factors affecting children’s growth, with notable similarities in the quality across both years.”

Georgia’s universal Pre-K program is available in all 159 counties of the state. Approximately 60% of Georgia’s four year olds are served by the program. Currently over 1/3 of Georgia’s counties serve over 70% of all eligible four year olds in their counties. A key component of Pre-K quality is the teacher, which is why Governor Deal and the Georgia General Assembly invested over $36 million in the FY2017 state budget to retain and recruit quality Pre-K teachers by placing their salaries on par with their K-12 peers.

Read the Peisner-Feinberg team's executive summary of the findings and/or the full report.

adapted from materials provided by the State of Georgia