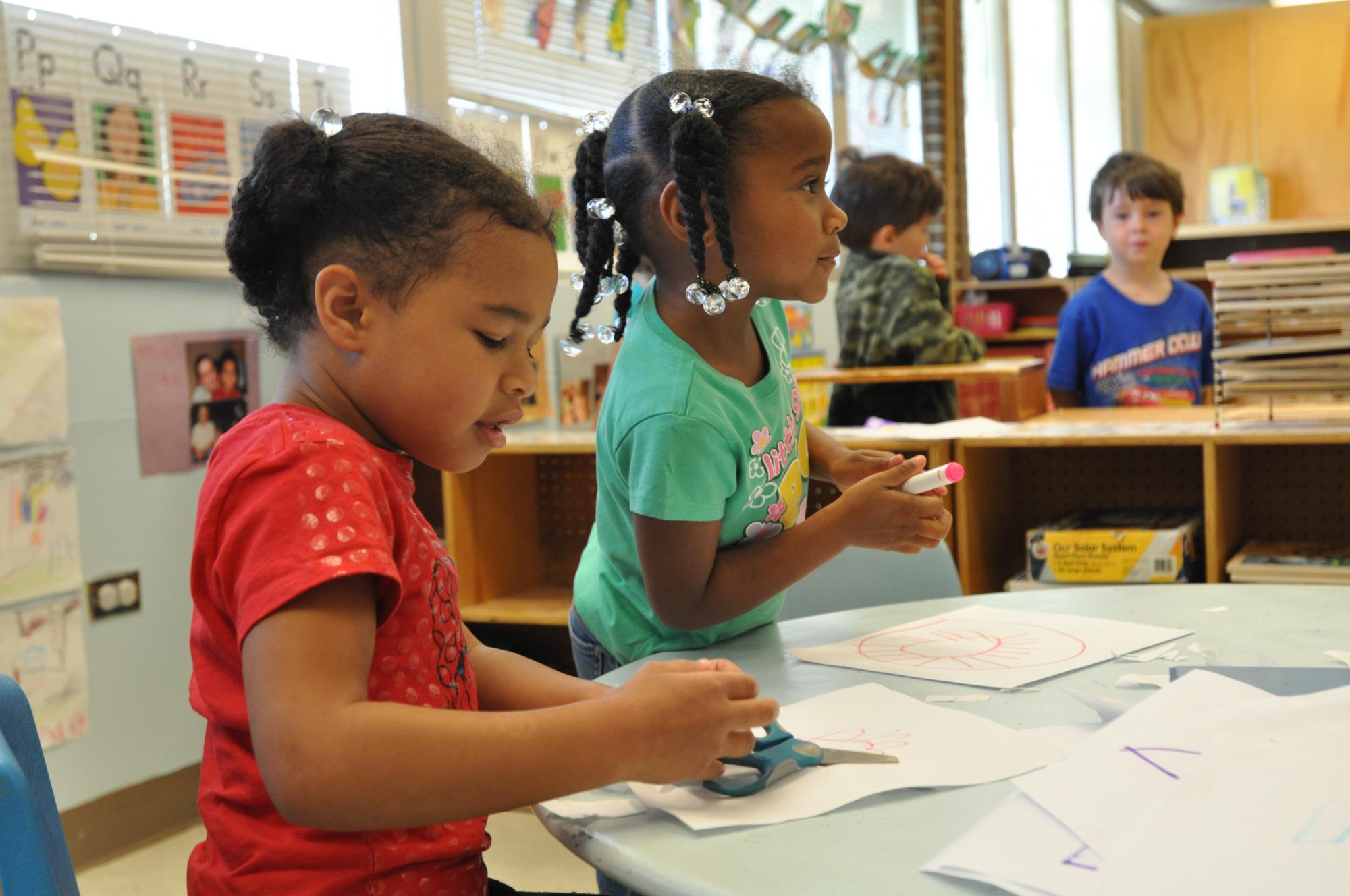 Scientists from UNC’s Frank Porter Graham Child Development Institute have released their new study of NC Pre-K, the state’s program to prepare four-year-olds for success in kindergarten. According to FPG’s report, students enrolled in NC Pre-K show significant gains across all areas of learning.

“Children are progressing at an even greater rate during their participation in NC Pre-K than expected for normal developmental growth,” said senior scientist Ellen Peisner-Feinberg, who leads the FPG team that has evaluated the program and provided it with recommendations for more than a dozen years. “Our research found growth in language and literacy skills, math skills, general knowledge, and social skills.”

NC Pre-K was designed to be a high-quality program to serve at-risk children. Since the program’s inception as “More at Four” in 2001, it has served over 255,000 four-year-olds.

Throughout this time, FPG researchers have provided annual updates on NC Pre-K’s outcomes. The NC Department of Health and Human Services funds these evaluations and reports the results to the state legislature each year.

“The pattern of developmental growth we found during the 2012-2013 school year is consistent with earlier findings,” said Peisner-Feinberg. “In general, the quality of NC Pre-K has remained relatively stable over time across many measures.”

She said that NC Pre-K also has seen steady improvement in teacher education and credentials, with a higher proportion of teachers now holding BA degrees and the appropriate licenses than in past years. “The average class size was 16 children, and most classrooms were at the highest licensing levels—four-star and five-star,” she added.

The new findings on NC Pre-K add to a growing body of evidence about the benefits of quality pre-kindergarten programs, including Peisner-Feinberg’s recent evaluation of Georgia’s pre-k program, which revealed positive effects for all children, regardless of gender and income level.

Peisner-Feinberg said the new findings from 99 randomly chosen NC Pre-K classrooms suggest that while participation in North Carolina’s program is beneficial for all groups of children, it may be especially valuable for some students.

“Children with lower levels of English proficiency made even greater gains than their peers in some skills,” she said, adding that students who are “dual-language learners” showed significant growth for all skills measured in English and for most skills measured in Spanish.

Peisner-Feinberg’s earlier research in North Carolina revealed that children enrolled in the state’s pre-k program continued to make gains even after leaving it. At the end of third grade, children from low-income families who had attended pre-k had higher reading and math scores on the North Carolina end-of-grade (EOG) tests than similar children who had not attended the state’s program.

“FPG’s 13-year history of bringing researched-based recommendations to North Carolina’s pre-k program has helped the program maintain its quality as it has grown,” Peisner-Feinberg said.

“The state has examined the evaluation findings to ensure that all children are benefitting from NC Pre-K and to consider areas where they might improve practices,” she added. “It’s been very positive from our perspective to see the program make such good use of our research.”

FPG grants permission to publish this story in part or in its entirety and to use the above photo in conjunction with this story.
Photo credit: NC Pre-K classroom, courtesy of UNC's Frank Porter Graham Child Development Institute.