Praise May Motivate Young Adults with Autism to Exercise More 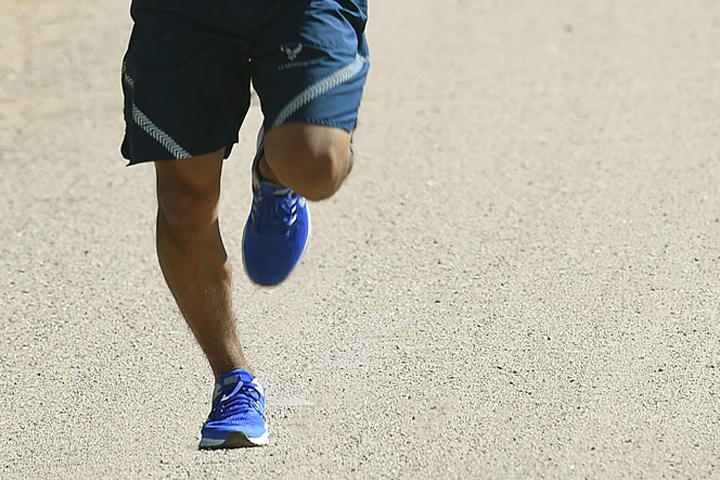 Simple statements of praise may have a big effect on the amount of exercise young adults with autism complete, according to preliminary research from the UNC Frank Porter Graham Child Development Institute (FPG). The study also found that praising people with autism by pre-recorded messages through iPhones and iPods shows promise for producing more exercise.

“As people with autism age, they tend to exercise less and less than their peers without autism,” said FPG’s Melissa N. Savage, who headed the study. “Previous studies have shown that individuals with autism are at special risk for health challenges like obesity, as well as for secondary conditions like depression and diabetes.”

Savage said that in addition to health benefits that regular physical activity carries for everyone, it also can be especially powerful for people with autism.

“Prior research has demonstrated that regular moderate-to-vigorous exercise for people with autism can increase their academic engagement in the classroom,” she explained. “They tend to spend more time on task and display fewer challenging behaviors.”

Due to the benefits of regular physical activity for people with autism, Savage wanted to explore how to increase their engagement in a regular exercise routine through positive reinforcement, a well-established practice for use with people with autism. FPG’s autism team had recognized the value of positive reinforcement in a seminal 2014 report on evidence-based practices and subsequently developed groundbreaking training on it with its globally popular AFIRM online instruction.

Savage’s study was different from prior research on reinforcement, though, for two main reasons. First, she focused on the impact of praise in and of itself, rather than pairing it with other reinforcement. Second, she examined the impact of how that praise was delivered—either in person or by technology.

“With technology use in physical activity becoming more commonplace, it was important to determine its advantages or disadvantages to provide needed support,” Savage said. “We wanted to know under which condition participants would engage in more aerobic activity and which condition they preferred.”

For this small single-subject design study, she implemented an exercise program for three young adults with autism, ages 20-22, and followed their daily progress through multiple sessions under different conditions.

While participants were running laps around cones, they heard the same voice either in-person or through headphones on a fixed schedule, delivering various praise statements, such as “Good job running around the cones!” or “You are doing a great job running Mason!” These praise statements incorporated the target behavior (running), which the autism team’s AFIRM online instruction highlights as an important feature of effective reinforcement.

“We found that introducing praise statements corresponded with more physical activity for all participants,” Savage said. “The number of laps increased for all of them, regardless of whether they received praise in person or through technology.”

According to Savage, though, the impact of praise on exercise may not have been the most important finding.

“When it comes to motivating young adults with autism to exercise, part of the solution may lie in making use of technology,” she said. “Participants who excelled when hearing praise statements through technology also maintained their performances even when we thinned out the praise statements and generalized the exercise to a new setting.”

“In-person praise required much more attention to the participant during intervention, and it was harder to be consistent with the time-based schedule,” she said. “Using the mobile devices required about 5 minutes to record and upload the praise statements, but there wasn’t any additional work needed once that was done.”

With funding from the Organization of Autism Research, Savage has begun the new “Step It Up” study at FPG to evaluate the effectiveness of a self-managed exercise program in which adults with autism and an intellectual disability will use Fitbits.

“As technologies become more available in schools and homes, we have to keep abreast of the advantages they can have for people with autism,” she said.

Support FPGs’ work on behalf of people with autism: The Advances for Autism Challenge

The new "Step It Up" study